This is a small project in the go programming language, connecting to a gpsd (using its JSON-over-TCP protocol) and exposing various stats in prometheus exporter syntax over HTTP for prometheus to collect/scrape them.

It's my very first go project, and I had the basics put together in about 15mins, spending another 90mins adding more gauges. Your mileage may vary!

So you simply run the gpsd2prometheus somewhere and 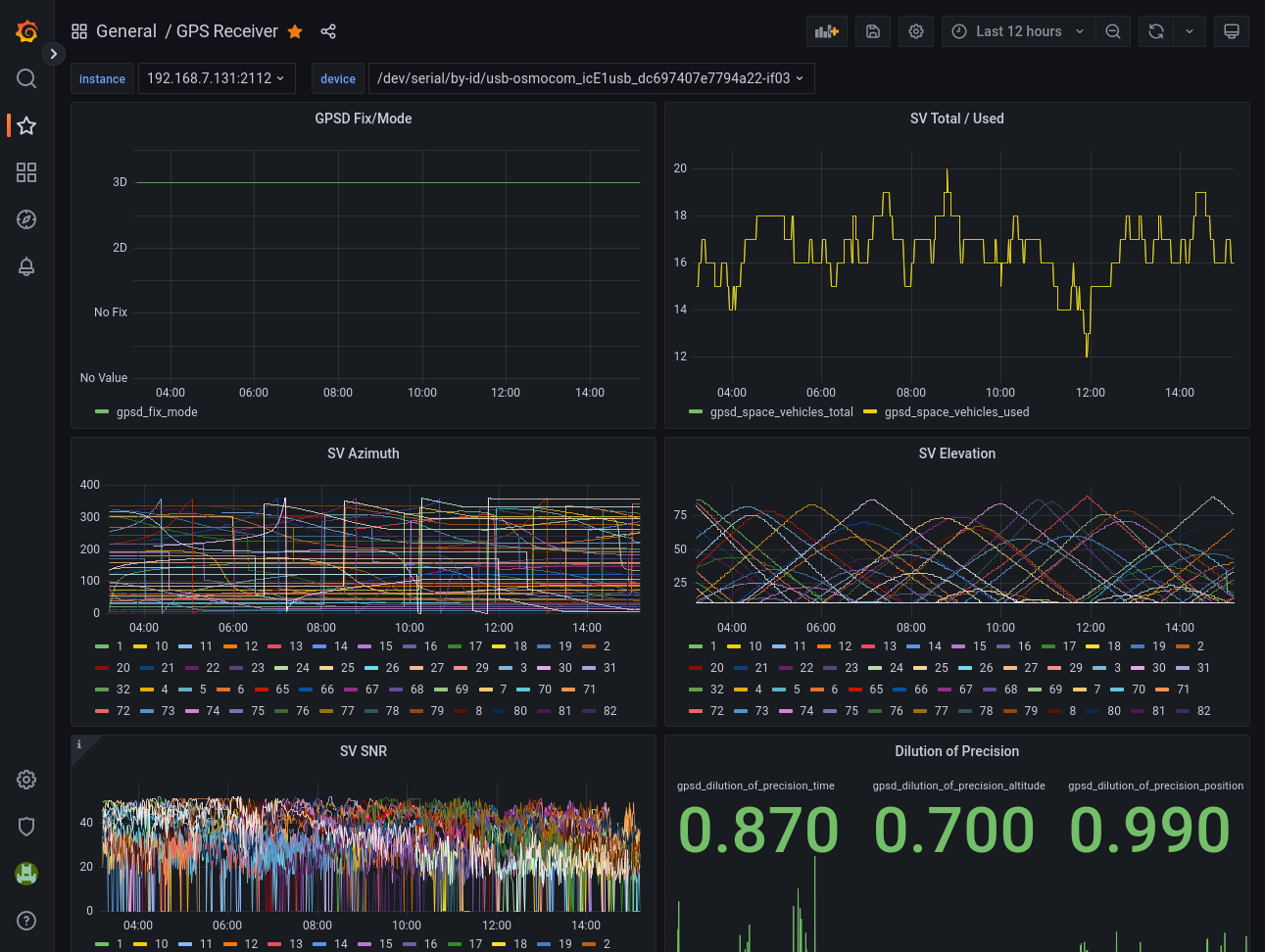 All the real workhorse code behind this project is in the following two upstream libraries I'm using:

This project is just gluing together the above two libraries.

I'm usually much more in favor of copyleft licenses, but given the two libraries I use are MIT and Apache 2.0, I decided to go for a permissive license in this project, too. So the code is released under Apache 2.0, see the COPYING file for details.